By: Author Sweet and Savoury Pursuits

This Easy Spanakopita is a version of the classic Greek Spanakopita triangle appetizer made faster and easier by making it into one large pie.

Spanakopita is a classic Greek dish made with phyllo dough, spinach, onions, dill, eggs and feta cheese. Though I've made this recipe several times,  I've always shaped them into small triangles. They're perfect for serving as an appetizer but are also time-consuming to make.

To save time, I like to make Spanakopita into one large pie. The process is much quicker and the spanakopita pie always turns out amazing.

The original recipe for this Spanakopita is from Christine Cushing and can be found here. I adapted her recipe and her method to reflect my preferences for this dish.

I like a lot of spinach in Spanakopita, so I multiplied the amount of spinach by five and doubled the rest of the ingredients. I also used a combination of feta cheese and goat cheese, but it can be made using only feta cheese. I like to include a little bit of dried mint in mine but it's not necessary.

How to Make a Spanakopita Pie

Remove the pan from the heat and let the mixture cool. If you like you can prepare this part ahead of time and refrigerate until you're ready to make the dish.

The next step involves beating the eggs, and adding the cheese and spinach mixture to the eggs. This will be the filling for the pie.

I like using a spring-form pan to assemble the pie because it makes it much easier to release the spinach pie from the pan.

To assemble the pie, you'll want need to lay sheets of phyllo inside the spring-form pan allowing one end of the phyllo to overhang at the edge of the pan. You'll have to brush the sheets with a butter-oil mixture before adding the next sheet. Turn the pan slightly and lay the next sheet of phyllo overlapping the first one. Repeat this process with 5 more sheets of phyllo, always turning the pan slightly (in the same direction) between each addition of phyllo.

Once the bottom of the pan is covered with phyllo, add the spinach and cheese mixture to the pan spreading the filling evenly. Fold the overhanging dough over the filling.

Take one last sheet of phyllo dough and shape it into a circle by crumpling the sides. Lay it on the top of the pie and brush it lightly with the butter and oil mixture.

Bake the pie until the pastry is golden all over. Remove from the oven, let it cool slightly and serve. You can also bake the Spanakopita ahead and serve it at room temperature.

Not only does Spanakopita served this way make a beautiful dish but it's also delicious, healthy and quicker to prepare.

Spanakopita pie makes a great starter or a side dish. It can even be a main if served with a salad. This is now my preferred way to make this dish. Do you have a favourite way to make Spanakopita?Save 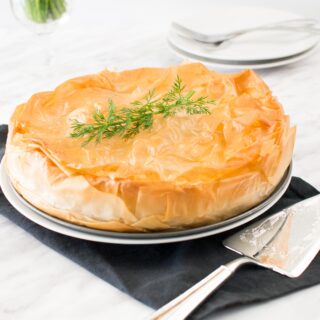 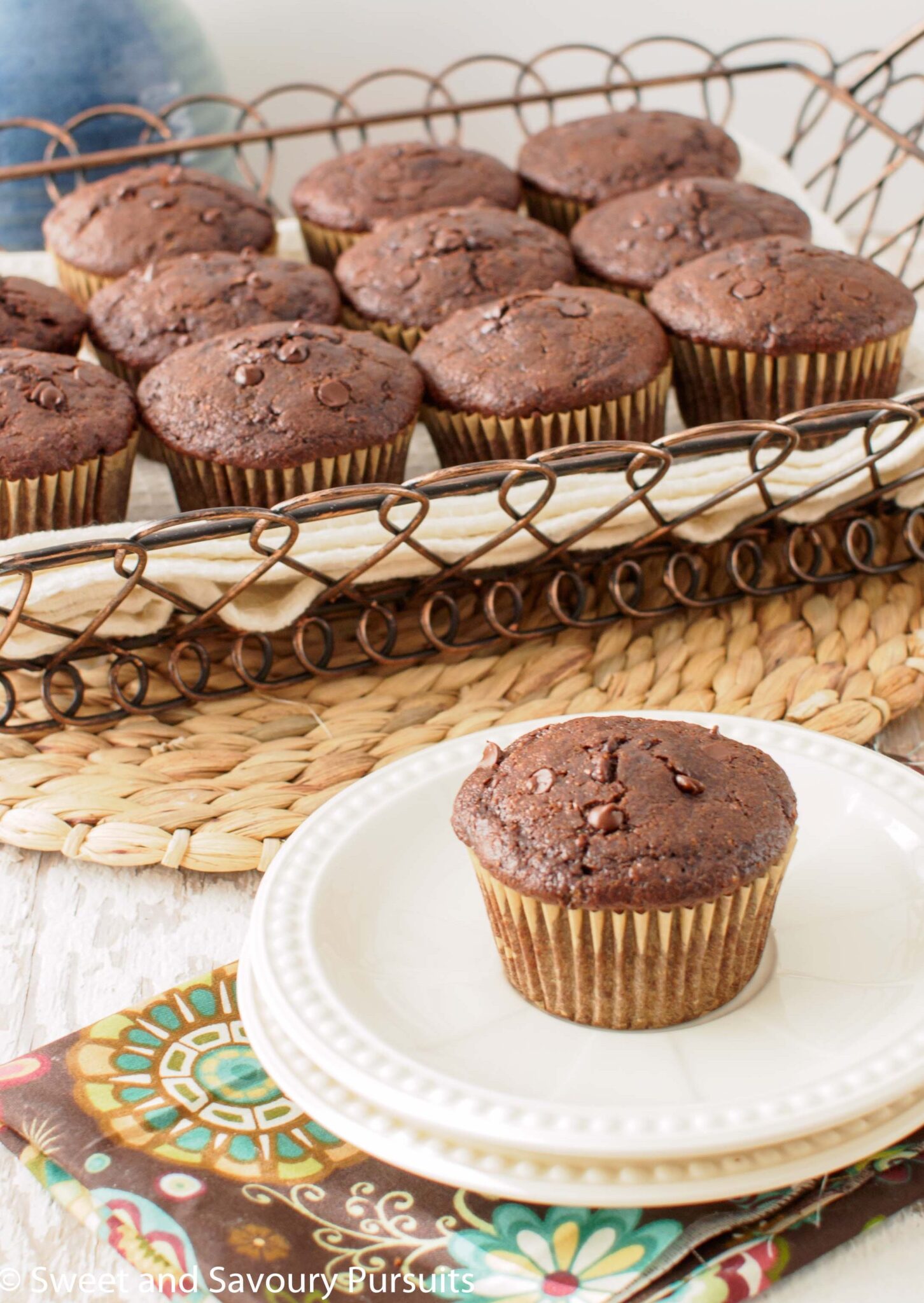 I ADORE spanakopita but have always been put off because I thought it was difficult to make! Thanks for sharing- will definitely give it a try now :)

Hi Sarah, glad you'll give it a try, it's really not difficult at all, especially done this way :)

The crust looks awesome and the filling is awesome

Delicate and flaky this Spanakopita has blown my mind!

Thanks! I love phyllo pastry for that exact effect :)

I love, love, love spanakopita! I will need to make this soon! :)

Thank you Nancy, I hope you give this recipe a try :)

This is the most beautiful spanakopita I've EVER seen!! Love that you used 5x the spinach too- mmmmm

Wow! Thank you so much for your wonderful comment :)